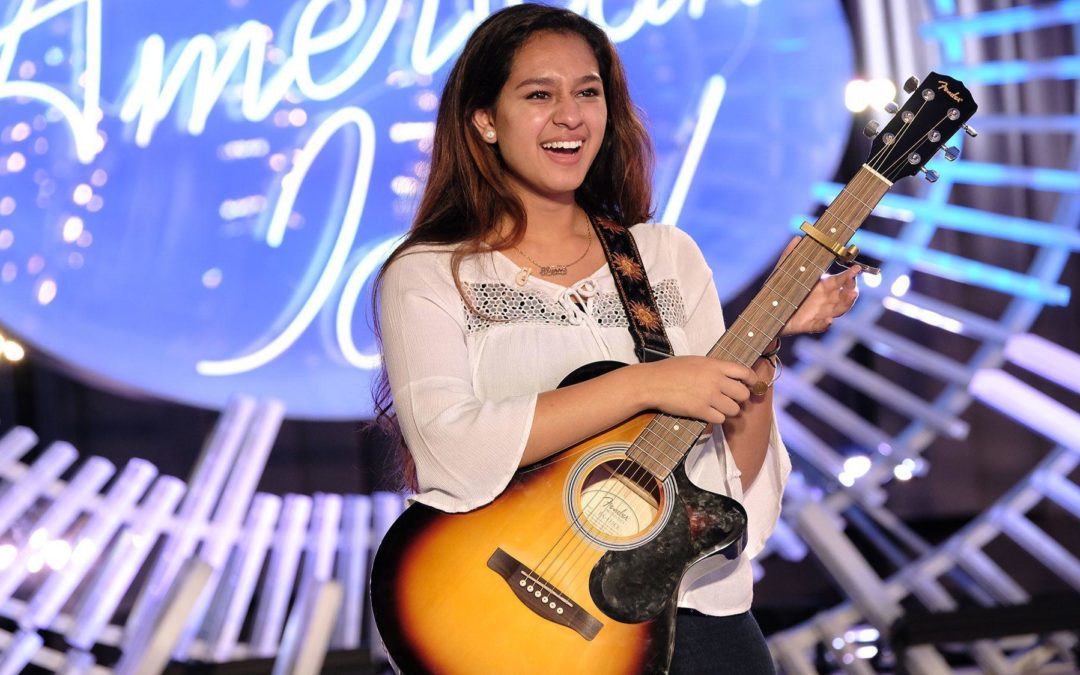 Alyssa Raghu is a name you will hear a lot this year. This singer/songwriter from Orlando, Florida, recently took her talents to the stage for American Idol, Season 1 ABC, and she doesn’t disappoint.

Often compared to that of Ariana Grande, Adele, and Christina Aguilera, Raghu’s voice is powerful but soothing, lending itself perfectly to the R&B music that she loves to belt out. She says it’s “an honor to be compared to these powerful women icons. I plan to work hard so I can be just as successful as they are. I look up to women who make a name for themselves simply because they love the music. That’s the kind of artist I want to be. I always want to stay true to who I am.”

Though she loves the iconic singers of today, Raghu’s biggest influences include Beyoncé, Gloria Estefan, Janet Jackson, Aaliyah, and many more. “I love pop music, R&B, country, reggae, and even Disney songs. I’m a lover of so many kinds of music, and I enjoy singing many different types, too. Because I’ve enjoyed and have been influenced by many different genres, my style is unique and flexible.”

Alyssa Raghu grew up singing, like many other vocalists, but she got serious early on: when she was just 11 years old. “That’s when I knew I wanted to perform for people. Since then, I’ve gotten more experience on what audiences love to hear. I started training with a vocal coach when I turned 15, and even after a year, I see growth in my voice. I want to keep training and improving, keep reaching for that next level.”

Writing her own music has helped Raghu get in touch with her style and who she is as an artist. She writes down her thoughts as she plays the guitar, which has helped her develop her repertoire. Though she doesn’t consider herself to belong to any one genre, she knows that when she does release music, it will have an R&B feel.

Combining her music career with her philanthropic work, Raghu helps raise money for the Save Abee Foundation by performing for their fundraisers. The organization raises funds to help the children of Guyana—where Raghu’s grandparents on her father’s side are from—gain access to books and educational tools. “I love to help with any organization that helps children and young women prosper.” Raghu is proud of her Guyanese/Indian and Mexican heritage—her mother is from Mexico—and loves supporting and learning about those from other cultures and with diverse backgrounds.

Raghu was just appointed as chair of the Global Citizen Committee of the World Heritage Cultural Center (WHCC), an organization that promotes cultural awareness through the arts and food while making a positive impact through knowledge and charity. With over 185 multicultural concerts across the United States and a global reach, the WHCC will give Raghu the perfect platform to shine with her new role of empowering youth around the world through her committee. She is also the first youth to be selected for the International Cultural Exchange Program by WHCC and foreign embassies. Partnered with Pan Logos Foundation of Greece, in 2019, Alyssa and five other students from around the globe will document the Hellenic culture with a detailed thesis that will be presented in New York City for WHCC. This thesis will be kept at the WHCC library for others to easily access information about Greek culture.

So what’s next for this young singer? “Right now, I’m performing absolutely everywhere to get my name out there. If there’s a gig in New York, I’ll take it. Anywhere is great for me! I plan on releasing new music and showing the world what I can do. I’d like to have a solid solo career, and I know I can do it.”

Long-term, Raghu would love to build her life in California and do a lot of touring. “I love seeing different places. I’d love to tour around the world and hear the crowd singing my songs. I know I’ll cry when it happens because that’s when I will know I’ve officially made it.”

Though she knows her age can make building her reputation challenging, she knows she’s ready. “Starting young in the business and working your way up can be great as long you stay true to who you are and focus on your goals. This is my dream, and I’ll never stop working for it.”